2013.  Strong damn strong year in music and certainly the deepest in quite some time--hence my list of favorite songs from 2013 is a whopping THIRTY tracks.  Yet as always, I make you my all killer, no filler guarantee.

In the coming weeks we'll start analyzing and dissecting the best albums of the year. But for now, cozy that sweet ass of yours up to this loving playlist.  It will do right by you.

There are TWO ways to listen to this playlist!  The Spotify version of the playlist* is located directly below the track listing. Not a Spotify subscriber?  No problem. Directly below the Spotify playlist, an 8tracks playlist (requiring no subscription) is also found below.  Just press the 'play' button on the box and rock.  (Works on computers or mobile devices.)

*Track 2, "Stuck Together Pieces" by Atoms for Peace, is currently unavailable on Spotify.  It IS available on the 8tracks playlist below! 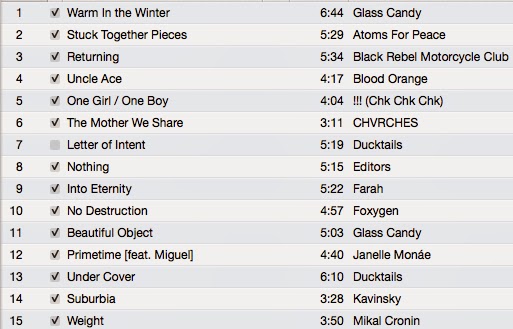 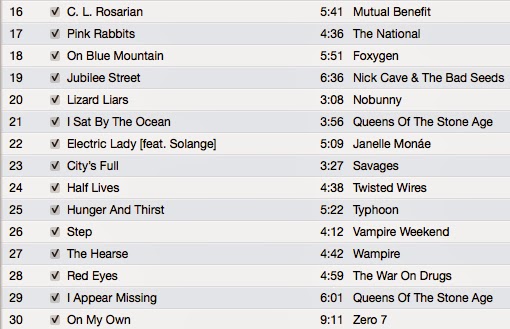 Playlist of the Year: Music Jerk Rob's Favorite Songs of 2013 from RobRobRiot on 8tracks Radio.
Posted by Rob at 10:25 AM