Playlist of the Week: A Dozen Songs For This Indecisive Spring 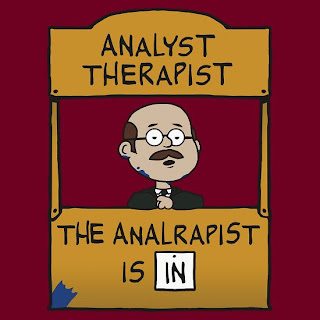 Indecisiveness can be entertaining, but it is ultimately problematic.

I've always enjoyed entertaining the "Phoenix-Seattle Hypothetical".  In short--would I rather live somewhere with perpetual sun and heat but less severe weather and cold or would I rather live in a perpetually rainy overcast place but be generally free from oppressive heat?  You may be asking why I excluded snowy destinations like Chicago or New York from the hypothetical and I can only tell you that my Puerto Rican half-bloodedness (unlike my brother's apparently) has grown too "soft" for true northern cold over the years.  The idea was to weigh the pros and cons while often coming to the conclusion that where I'm at currently is probably the best solution since I didn't like the extremes of either choice.

Yet lately, in this new age of climate change, I find that where I live now is one big, consistent gray area of maddening inconsistency.  70's and 80's in December?  Sure.  High 20's and overnight freezes in late April?  You betcha.  Sitting on the patio with a beer one day and searching frantically for my ice scraper the next?  In previous years, these little pockets of weather variance were somewhat endearing and we'd say stupid shit like "Well, that's Oklahoma.  If you're not happy with the weather, wait five minutes!" And we laughed and laughed...Yeah.

Well bits are only funny when they don't become the status quo.  Once they become every single damned day and there seem to be no true seasonal lines and the days on the calendar have been tossed in the air like a deck of cards only to fall at the feet of God who picks one up each day and says, "Welp, why not?"

Beyond the perpetual toggling back and forth of the heat and cool switch on my thermostat and beyond my inability to forecast my clothing situation on a daily basis, I am beginning to wonder if this is having a psychological effect on me.  Even the warm days in the 70's that used to seem so "perfect" bring me less joy because I think it's just another tease.  It's like winning free pizza for life from your favorite pizza place only for the pizza place to go out of business at the end of the first day.

But like many other seismic shifts in the paradigm of our existence we must adjust to (think technology, politics, etc), it is likely past time to admit that this is the new reality.  Maybe the age of "seasons" is past.  Maybe it's time to make good on my threat to move to a place known for its lack of seasons.  Like Puerto Rico.  So that in a few years I can complain about missing the snow and the storms and the meteorological grab bag that is Oklahoma.

Anyway...LOTS of new/2013 music this week!  Highlights include:

iPad, iPhone, and other smart phone users, click here to play the playlist (if you don't have Spotify installed). 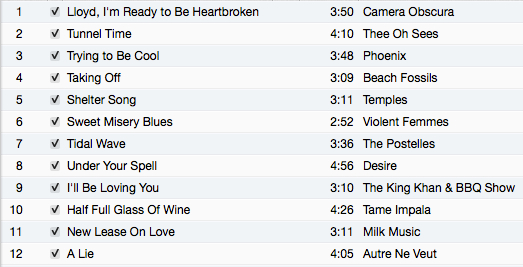