Well everyone, we're coming to the end of 2012.  It's a year in music that saw bands record albums and play live shows.  My friends totally overrated that one album and I totally didn't.  And it's also a year where internet changed the way we listen to music!  Yes, 2012 was a year unlike any other.

And now it's time for something new.  Just in time for all those holiday gift cards and/or newfound knowledge on what a "bit torrent" means, here are my albums of the year.

So let's do this.  A few changes from last year:

1.  Twenty-five albums.  Why can't I stick to the same number each year?  Because I lack focus and stability.  Maybe a little conviction.  It's not like you remember how many albums were on my 2011 list anyway.  Are you happy?  Now I feel worthless.  Way to ruin Christmas.

2. After much deliberation, I've decided that any absolutely amazing 2012 album release I may have helped produce should be ineligible for this list.  This blog has little to no reputation outside of my head or outside the dozens (There are dozens of us!  Dozens!) of you who read/ignore this.  But no matter how great I think Copperheads' Apocalyptic Behavior is (and have no doubt that I DO think it is great), putting it in my final rankings is a no-win proposition on many levels.

4.  Per tradition, I've included a 2012 Sampler playlist that includes one selection from each album below that I haven't included on any previous blog playlist.  For those of you who worship at the dark mystical foot of Spotify, I've included a Spotify version of this playlist as well as links to streaming versions of each of album (when available).  (UPDATE: For those of you who are ambitious, I've created a giant Spotify playlist containing all of the available albums on this list in full and added it to the bottom of this post.)   Merry Christmas.  Or X-mas.  Happy X-ukkah.  Does that work?

So here it is.  Twenty-five firm, supple albums that jolted my music pants all over the map in 2012.  I would've ranked more, but according to extensive field research, twenty-five is plenty and you'll like it.  In the immortal words of Obi-Wan to Captain Kirk in Battlestar Galactica, "Quality over quantity."  Think about that for a minute.  Yeah, those words really hit home for me, too. 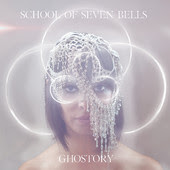 3 Sentence or Less Review: Truly the best male-female duo with the word "Bells" in their name.  Few electronic bands manage to achieve such digital precision without compromising the intimate nature of the music.  Sonic adventuring with a soul. 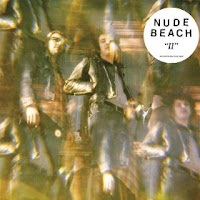 3 Sentence or Less Review: Power pop is less a genre being revived as much as it is one which is clearly on a cyclical uptick.  Brooklyn's Nude Beach (enjoy your Google search) have crafted one of the purest simple rock pleasures of 2012.  Good songs and hooks and tight instrumentation and all the other hallmarks of this under-appreciated genre done exceptionally well. 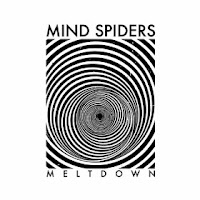 
3 Sentence or Less Review: Owing in spirit and tone to Jay Reatard while pushing the late Memphis legend's dimensions, Denton, Texas' Mind Spiders find a balance between inspiration and innovation with a cocktail of punk and synth rock painted with a New Wave palette of audio colors.  Ominously magnetic. 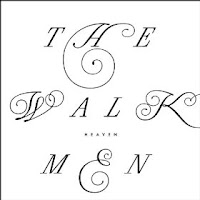 
3 Sentence or Less Review: While missing much of their signature "lovelorn-ness" they've come to be known for, The Walkmen nevertheless find ways to move you with their newfound "peace"--all while still asking whether or not such contentment can really last.  That space between their stability and doubt is where this album's heart is found. 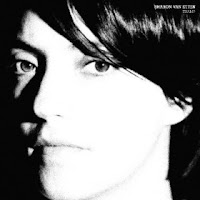 
3 Sentence or Less Review: One of those records that feels distinctly like a season, the wintry passion Sharon Van Etten never feels cold or stale.  She reflects on brokenness while sounding anything but during the process.  This is the "buzz" album I least expected to be so fond of. 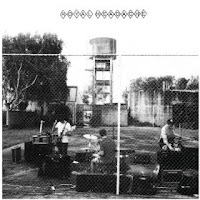 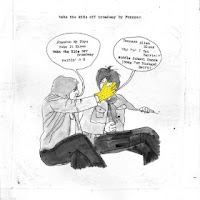 19.  Take the Kids Off Broadway by Foxygen (Jagjaguwar)

3 Sentence or Less Review: A crazed, yet resoundingly fantastical mash-up of sounds that utilizes the Stones' snark, Bowie's theatrics, and Mellow Gold-era Beck's sense of lyrical and instrumental whimsy.  Even with influences that seem so apparent, I'm not sure I ever have or ever will hear anything quite like Foxygen again.  This is some schizophrenic excellence in audio. 3 Sentence or Less Review: Tighter and slicker than their previous work while never losing the emotional twists and turns that make them so endearing.  There is a significant Smiths vibe here in both the overall tone of the music as well as the clever lyrical wordplay employed.  Less self-loathing, but with equal amounts of winning self-deprecation. 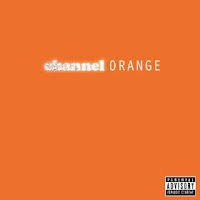 3 Sentence or Less Review: Despite what you've heard, Frank Ocean did not revolutionize R&B, music in general, or rise from the dead on the third day.  What he DID do was let his work do the talking by releasing a creative, lyrically well-crafted and honest album faithful to the roots of his genre that never succumbs to gimmicks.  Ocean seems (as is apparent in his live performance) genuinely satisfied by communing with the listener through the core elements of his rich output (strong melodies, high style, liberally emotive but in control) as opposed to insecurely beating you over the head with how "clever" he can be with devices and bits--a winning calculation. 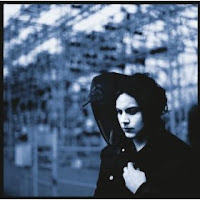 3 Sentence or Less Review: While I wanted more Elephant-esque electric guitar thrash and slightly less Get Behind Me Satan piano and acoustic traversing, it is important to remember that this is NOT a White Stripes album.  It's something distinctly Jack White while never veering TOO far from the qualities that so endeared you to him in the first place.  The songwriting and craft is high level and the "emotional vulnerability while maintaining a mysterious air" quality that White specializes in keeps you coming back for more. 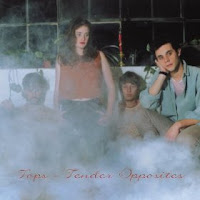 3 Sentence or Less Review: At first, you'll think Tops are employing this sound for purposes of pure kitsch, but the late 70's/early 80's post-disco electro-beat starts to work and it starts to hook you before you know it.  There's something to the effect their attempting to create that reminds me of Ariel Pink's Before Today, but there's less of a sense that they're being quite that intentionally obtuse.  This album is sincere in its pursuit to the core. 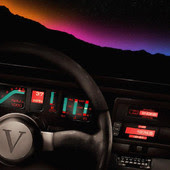 14.  Themes For An Imaginary Film by Symmetry (Italians Do It Better) 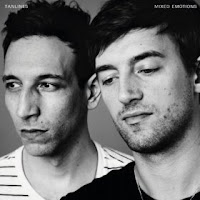 3 Sentence or Less Review: The soothing vocal detachment of Washed Out combined with the rhythmic fun found in Vampire Weekend at their most playful.  Yes, that sounds hipster douchey when described in that manner but rest assured, this album is choc full of melodic hooks and Tanlines seem content to regale you with the simple pleasures of un-simple beats. 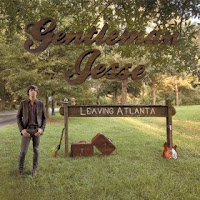 3 Sentence or Less Review: There are few albums that chronicle such dark days with such entertaining defiance as the latest from Gentleman Jesse.  Lost love, physical recovery, and steely determination are molded into thirteen pitch-perfect rock gems here.  Jesse Smith continues to set the bar for modern power pop. 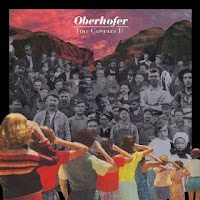 3 Sentence or Less Review: One of the most spastic vocalists I've run across in ages (I simply can't come up with a better word in this case), Brad Oberhofer is unafraid of using all the tools contained in his vocal arsenal to canvas an entire album with a variety of audible body blows (listen and you'll understand).  Yet, somehow Oberhofer never seems to teeter on the edge of calamity.  This is one of the catchiest damned noise pop albums I've heard in ages. 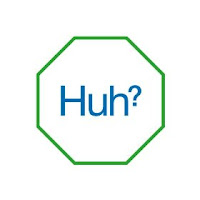 3 Sentence or Less Review: Jason Pierce returns from the brink of death (literally) with his signature psychedelic meets gospel epic sound--only this time, with bigger questions and bolder reflection.  Looking straight into the abyss, Spiritualized explores issues of life, death, and the nature of redemption all while confronting the quandary that the only solution may be God--unless you happen to be unable/unwilling believe in God.  The exploration of such heavy subject matter is explored with beauty, grace, and the kind of harmonic attention to detail Pierce has become known for. 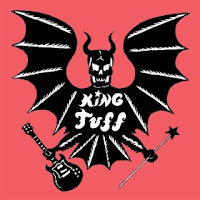 3 Sentence or Less Review: So fun and T. Rex-y, the latest from Bay Area rocker King Tuff is simply the most playful and party-ready rock record of 2012.  Even with the occasional sentimental touch, the album is everything any of us with a music memory that pre-dates the 80's ever loved about rock without being merely a shallow tribute.  King Tuff expands signature 70's glam and psychedelic influences into a 21st century package that wears well and endears with repeated listens. 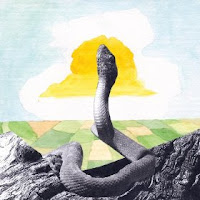 8.  Bend Beyond by Woods (Woodsist)

3 Sentence or Less Review: Lo-fi folk rock with driving ambition.  Personal touches, gentle, shimmering waves of acoustic and electric guitar that jangle at all the right moments.  All mixed with just enough neo-psychedelia to prepare you for the journey forward and beyond. 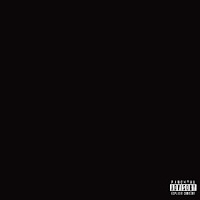 3 Sentence or Less Review: From start to finish, a cadre of consistently rewarding, thoughtful, beat-centric tracks.  Lupe Fiasco's brand of hip hop never shies away from the social and political fodder of our time, yet finds a way to make even the informative moments feel celebratory.  Less self-indulgent and self-centered as many of his peers, Lupe Fiasco still manages to be highly personable and engaging at every turn on this album. 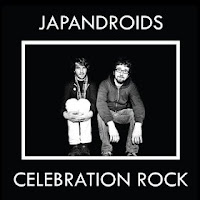 3 Sentence or Less Review: If The Hold Steady's masterpiece Boys and Girls in America is the soundtrack to the heartache of teenage adolescence, Celebration Rock may be the quintessential soundtrack to the American male's love affair with his 20's. This album reflects the romanticized, often revisionist recollection that many of us have of our younger days. Even if you find the sentiment to be misguided, the execution of this unbridled passion will compel you to go along for the ride. 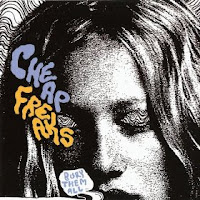 5.  Bury Them All by Cheap Freaks (Big Neck) 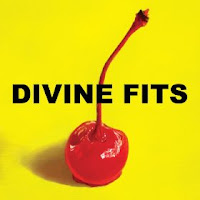 3 Sentence or Less Review: The frontmen of two of the best bands of the last decade--Spoon and Wolf Parade--collaborate for an engaging modern rock record that avoids the traditional pitfalls of many "supergroup" collaborations.  Instead of attempting to awkwardly combine vocal talents, Britt Daniel and Dan Boeckner elected to put their own unique stamp on each track individually.  The true collaboration comes instrumentally and delivers some of the most interesting and exciting music either have produced from any of their projects in years. 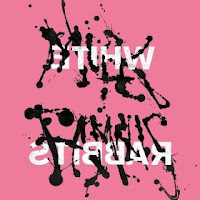 3 Sentence or Less Review:  For my money, the biggest and most pleasant surprise of any veteran band in 2012.  Utilizing two drum kits, increased synth and fuzzier, more muscular bass, the band took huge sonic leaps forward and created an album full of nuanced layers of sound, melody, and rhythm.  A spectacular leap forward and an album that's been criminally overlooked in 2012. 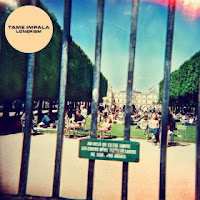 3 Sentence or Less Review: A neo-psychedelic masterwork of the highest order.  You can't help but hear the soundscapes of rock's legendary past, yet Australia's Tame Impala birth something distinctively their own here.  They command their sound in a way that few bands do and demand your attention accordingly throughout the course of these dozen smoothly-honed tracks. 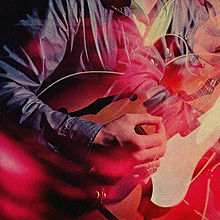 1.  Kill For Love by Chromatics (Italians Do It Better)

3 Sentence or Less Review: A skillfully-crafted tapestry of sounds culled from electronic music's infancy, Portland's Chromatics have created a brilliant album incorporating the digital signature of European disco with the spirit and pacing of post-punk's standard bearers.  There is a stylish, endlessly intriguing darkness that permeates the entirety of Kill For Love.  The album provides an audio companion for a nocturnal world bathed in neon light.