Playlist of the Week: A Dozen Givings of Thank 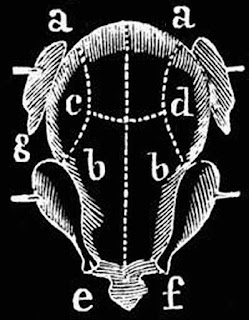 My plan of attack is tasty.

A dozen songs for you since I'm so full of pre-Thanksgiving heat so hard right now it's not even funny.  The next installment of my "2012 Revisitations" series is coming this week since after all the eating and football and yelling at your parents for being pushy about your life/career/ and/or how their lingering resentment over the 2012 election is getting old and them yelling at you for not moving fast enough toward marriage/kids/professional advancement/home ownership and eating leftovers and being bored with Black Friday since you're smart enough to shop online and you don't need to go out and deal with that beating but yet your other friends are out of town, lying about being busy and/or needing to spend time with the aforementioned family, you're gonna need some reading material.  Never fear, I've got you so so so covered as I take a deeper look at the exhausting to type so I'll cut and paste The Idler Wheel Is Wiser Than the Driver of the Screw and Whipping Cords Will Serve You More Than Ropes Will Ever Do by Fiona Apple so that you don't have to/can listen to for the first time/again and then thank me/send me a gift basket.

So until then, here is a long overdue playlist of music featuring (I think it's safe to say) absolutely ZERO American Music Award nominees including.  Highlights include:


iPhone and other smart phone users, click here to play the playlist.
To listen in Spotify, click here. 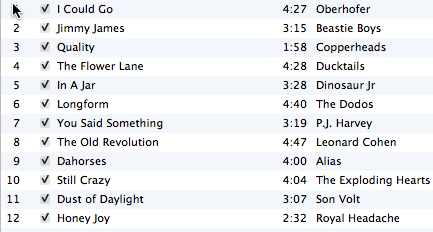