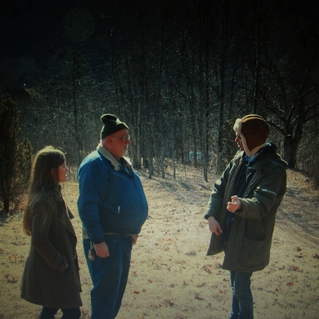 A: Since we're nearing the end of 2012 and approaching that all-important "year-end-best-of-list-making" season, it's time to revisit some key albums that may have slipped past me and/or were hyped and I purchased but then accidentally ignored and/or didn't ignore but didn't really invest in and if I'm gonna write about music I should probably put the work in.  Also, I said I was gonna write more and since I'm always a man of my word at least 40% of the time, it's your lucky day.

One-sentence knee-jerk re-visitation reaction on this album: I wondered why I had forgotten about this album until I listened all the way through again and was reminded.

The pros: As has come to be expected of Dirty Projectors, the vocal harmonizing is impressive and at times, borderline awe-inspiring.  There's no question that their crazy vocal bit requires both talent and skill.  This makes Dirty Projectors one of the few bands in the current generation of Brooklyn indie muck with a truly signature sound.

The cons: The instrumentation. As in, what the hell happened to the instrumentation?  The non-vocal elements here seem included less as a vehicle (which wouldn't be all bad) and more as an "excuse" for the high-level vocal harmonics.  The instrumental elements presented are sloppy--but not in the endearing/offering an artistic contrast sort of way.  The instrumental work is lazy, cynical, and seems inserted for about 85% of the album only because Dirty Projectors feel like they aren't allowed to just make the acapella/hand clap album they've got such a hard-on to make and get away with it.  There's nothing wrong with sloppy and abstract instrumentation done for effect.  But there IS something wrong with sloppy and abstract instrumentation that is both painfully uninteresting and which detracts from an already obtuse and average collection of lyrics.  Random note about the drumming: A 1980's Casio could easily replace nearly all the percussive, ahem, "rhythm" that sadly is coming from (I think) a real live human (think how much money DP could save on salary and health benefits by cutting the "drummer" out).

Final verdict: The vocal harmonizing was top notch on their previous album, Bitte Orca, too, but the primary difference is that the non-vocal elements, i.e. the drums, the guitars, the synths sounded like some thought and effort had been put into them.  In short, the songs were much more interesting than most of what's found here.  The technical ability of the vocal work here has a chance of sucking you in, but Swing Lo Magellan is a lot like a beautiful modern work of architecture that you marvel at from far way, only to go inside and see that it's got a basic lobby and a Starbucks and a bunch of cynical hipster irony masquerading as relevant art.  And I say this as someone who enjoyed their last album quite a bit.  When evaluating almost anything in life, one of the fundamental questions you ask yourself is "Why should I care?".  But while there are a few decent moments here, overall I'm not given enough reason to care--sadly because whether fair or not, Dirty Projectors--outside of the vocal work here--don't even sound like they care all that much.

Highlight Tracks: "Offspring Are Blank", "About to Die", "Unto Caesar"

Low-light Tracks: "Just From Chevron", "Maybe That Was It", "See What She Seeing"

Playlist of the Week: Autumnal Discharge 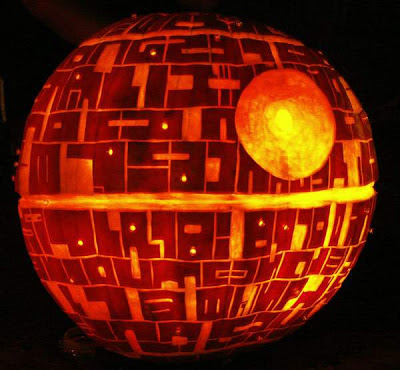 I am not a man of few words.  My grandfather--the greatest man living or dead I've ever actually known--WAS a man of few words.  And I've always wished I could be more like he was.  A man with quiet dignity.  A man whose actions defined him far more than his words ever could.  A man whose words consequently meant something more because he spoke when the time called for it and when he was specifically moved to do so.  At least this is how I knew him.  How I remember him.

Those of you who know me will find the first sentence of this post to be just about the biggest understatement I've ever made in this space.  I am--scientifically speaking--a wise-assed loudmouth. I am impulsive, passionate, often reckless with my words--a condition I've worked hard to somewhat temper over the last few years.  But even in my more mature, "reformed" state, I will never be confused for a man like my grandfather in this manner.  And this saddens me to a degree.  Sure, we are who we are and we have to accept that and I'm fine with all that blah blah blah.  However, more than the aforementioned descriptors above, my grandfather was a man of true substance.  And maybe I have to try a little harder to stay true to such a moral objective since I'm not as inherently disciplined as he was.

But if that IS the case and I fundamentally AM this guy, then I ought to feel more convicted that my work in this space should reflect that.  Because the honest truth is that my blog posts this year have generally represented a "less is more", "the work speaks for itself" style of writing.  Want my opinions on music (of which there are FAR too many)?  Most often, my response has been "check out the playlist!"

Creating playlists is an absolute LOVE of mine on a spiritual level and something I've been doing since the days of the cassette.  Playlists are my other language (my Spanish is barely passable), my love letter, my badge, my signature, often my mission statement.  But they are not enough.

I write ABOUT music in this space far too infrequently these days for someone who claims it as such an integral part of his soul.  I have unwittingly become a casualty of the social networking culture that tells me to keep it as brief and skeletal as possible for fear of losing you, my beloved readers, as an audience.  Yet while I love each and every one of you who stumbles upon this space, I started this blog for myself.  As a way to keep writing--since writing is one of my other absolute spiritual loves/needs.

So I'm putting it down in black and white, here and now.  Same amount of playlists, but more writing.  I'm a loudmouth, so one of my primary creative spaces should reflect such.  The internet is so full of lies--even the carefully constructed parts we create where we lie about ourselves to a certain degree.  This is a place for an honest representation unlike those other places.  For those of you who "read" or "check" my blog consistently, feel free to skip over all my potential verbal largess and click "play" and enjoy the tunes as always.  It won't hurt my feelings and--frankly--I'll never know anyway, right?

What I seek to add and give to you is more music talk and discussion throughout the course of the year as opposed to just saving it for the end of the year "best-of" lists.  And this is not just adding more words for the sake of it.  Instead, it is to bring the soul back to this thing, to bring the mission back to this thing.  I want to write for myself, but I want to share in my own zany, occasionally witty, often ridiculous way that music plays a role in my life.  Our life/lives.  "About music and all that that implies",  remember?

I've been to a ton of great shows this year and seen a ton of great artists that I haven't spoken of in this space (Lollapalooza, Radiohead, Thee Oh Sees, Ty Segall, King Tuff, Frank Ocean, Sigur Ros, Bloc Party--the list is ridiculously and FORTUNATELY deep).  I co-own/manage a record label (real vinyl records) and we're about to release a brand new album next month!  I've had TONS to potentially write about and I've wasted far too many opportunities.  And that has to change.  So that when I'm 65 and struggling to keep my kidneys in check, I'll have some documentation that my musical life had rich roots throughout.

So there it is.  I sat down at this little coffee shop a few blocks from home and thought I'd post another fair to spare playlist blog post.  But these words just started typing themselves.  I assure you that I construct each of these playlists with purpose, consideration, and often deeper messages that even I don't fully discover until much later.  Well now, I want the rest of this space to adhere to that standard.  Not a post everyday for the sake of making noise.  But a little more meat on the bones won't hurt.

With all that now said, enjoy this week's playlist!  My advice?  Take a walk with this one--through your city, around the neighborhood, wherever.  Highlights include: