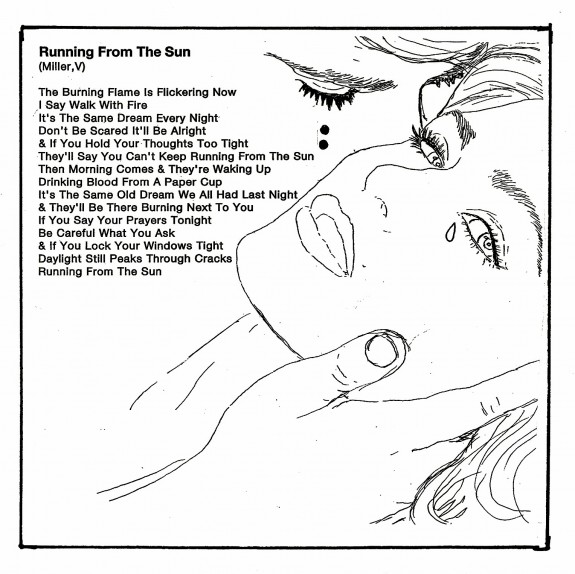 My favorite 5 albums of 2012 so far.  In no particular order.  Order them your own damn selves.

1.  Bury Them All by Cheap Freaks: The kind of bluesy, dirt-covered, whiskey-tinged, pulsating, soulful rock album you so desperately need.  And the best-kept rock record secret of 2012.  Just ask my record club buddies.  They know.

Listen to Bury Them All on Spotify

2.  Celebration Rock by Japandroids: Because even if holding on to yesterday may be foolish, remembering how good it often felt isn't.  Joy and unabashed naive hope for all things ridiculously hopeful and liberating.  The soundtrack to that.

Listen to Celebration Rock on Spotify

3.  Kill For Love by Chromatics: Few albums and bands evoke a particular imagery like Chromatics do here.  Once you see 2011's Drive (for which Chromatics' music plays a key role on the soundtrack), try separating the the look, feel, and style onscreen from the neon audio wizardry found herein.  Simply the album that refuses to be removed from the rotation.

Listen to Kill For Love on SoundCloud

4.  Milk Famous by White Rabbits: From the "Based on their slightly above average previous work I did not see an album this great coming and neither did you" department.

Listen to Milk Famous on Spotify

5.  A Sleep & A Forgetting by Islands: A stripped-down straightforward album from a band that has been anything but stripped-down and straightforward for as long as they've existed.  This is a ceaselessly engaging record about the pain of divorce that never sounds like it feels sorry for itself.

Listen to A Sleep & A Forgetting on Spotify
Posted by Rob at 1:17 PM