Playlist of the Week: Due Northerner 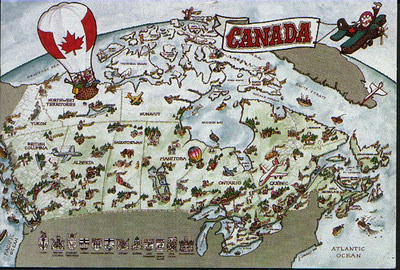 Canada.  It's like a whole other country.
Press play below and begin reading...

As I've always maintained, this blog is full of truths, half-truths, and downright fictionalizations of actual events.  There's so much I want to tell you about Canada and my journey there, but never will.  Partly because of certain implications.  Partly because half of what I'd love to tell you is completely untrue.  And partly because there are so few things that belong to ourselves anymore and therefore, I've decided to keep it locked up in a very Don Draper-esque manner.
What I can tell you is that my approach to story-telling and what you expect of it regarding Canada is much like the country itself.  It's everything you think it'll be, but deep down it's actually quite different.

I can tell you that the beer is overrated.  The food is underrated.  The women are lovelier than I imagined they'd be.  It's cold in November, but I've been colder in Oklahoma.  Canadians are much more patriotic, bordering on nationalistic than you'd imagine.  Tim Horton's is a Canadian institution that I managed to avoid, but now regret avoiding it.  Yoga is really hard, but I was better at it than the teacher thought I'd be.  Namaste THAT, guru!  My friend's kids are both under the age of five and reminded me once again that boys at that age are hilarious messes and it's awesome.  The five year old is already learning French and I felt stupid and unambitious as a result.  To add insult, I need to work on my Crayola skills.  Toronto is more like Chicago than New York, no matter what Canadians think.  And I think that that's a compliment.  I ate a Buffalo chicken sandwich with waffles as the bread on Saturday with a beer and you didn't.  The CN Tower is taller than your brain can really wrap itself around unless you go up in it.  Giggle.  I couldn't get the Kids in the Hall theme music out of my head the entire time I was in Toronto and now if any of you go, you won't be able to either.  Canadians are legally bound to hear at least 25% Canadian music and that's almost completely true.  The people were warm, conversational, and distant all at once.  Oddly, I honestly can't remember one person I met ending a sentence with "eh?".  Canadian money is hilarious to me, but not nearly as hilarious as American money is to them.  That's enough, metric system.  Same goes for you, Celsius.  My friend there who I hadn't seen in six years was completely different and completely the same all at once and I love her even more because of it.
My expectations were somehow unmet and completely exceeded all at once.  And somehow I was a thousand or so miles from home and exactly where I needed to be.  Thank you God, for your curious and perfect combination of both answered and unanswered prayers. 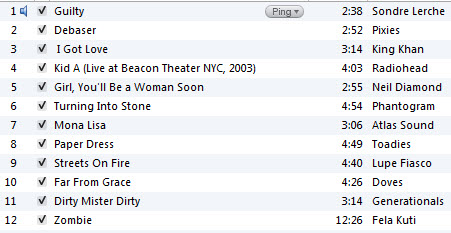 iPad and iPhone users, click here to play the playlist.
Posted by Rob at 8:24 AM