Playlist of the Week: Airport Commuter 4 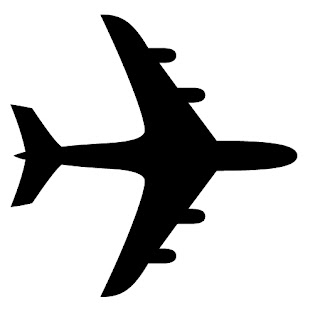 Do it enough, and you'll either know them by heart or they'll all seem the same after a while.
The tools of my travel are beginning to make themselves heard more these days.  That's not some lame attempt at metaphor.  The stupid wheel on my roller-board suitcase rattles loudly enough that even rolling through the frenzied cacophony of ATL or DFW, it makes its presence known.  My car currently makes a strange buzzing sound anytime that I accelerate.  Neither of these little ailments appears to be affecting the actual performance of their respective tools, but the noise bothers me.  Not enough yet to do anything about the problem, mind you.  But enough to quietly lament that in an imperfect world, my previously perfectly-operating solutions sometimes give me shit, too.
Of course what both of these little imperfections have in common are two-fold:
1.  If I ignore the noises long enough, they'll eventually just be something I get used to--sort of in the same way (and many of you will recall this) I got used to the huge crack in my windshield that I left there for two years.  Once I got my new windshield, the LACK of the crack seemed more odd to me for a while thereafter.
2.  If I put my headphones on or turn up the volume in the car, the noise ceases to be heard or is at least overshadowed.
It's point #2 that got me to thinking so hard (like ya do).  Music is just well-organized (usually) and finely-crafted (sometimes) noise.  Which means that it can be an integral piece of your day-to-day life, a warm blanket of comfort, a vessel of catharsis, etc.  Or after a while it can just be noise as meaningless as that stupid roller-board or my ironically just paid-off car.
How does one avoid this? It's not easy.  On the one hand, if I listen to the same music too often, my brain will turn it in to "noise" because I'm just accustomed to it at a certain point.  There's a fine line between a "favorite" and an increasingly meaningless listening "habit".  Of course if all you do is acquire new music constantly, you might listen to it long enough to write a not-so-clever blog/review/smarmy tweet and then it gets thrown in the digital pile.  What am I to do?  I mean, I'm really good at being a dick about music.  It's a gift.  How do I find the balance between these two pitfalls?
I suppose there's no perfect solution.  I mean, some of my music has and will inevitably become noise.  In the age of 11,000 songs and counting on my iPod and a "shuffle" button, the tools to fuel our increasingly unconscious musical indifference are all there.  So to answer my sister's recent question about "why I buy records when they don't sound as good as CDs or MP3s (sigh)", I would argue that in addition to their unique sound, they somewhat force the listener to consume an entire album or half an album at a time.  Then the music pendulum has a chance to swing away from "noise" and a bit closer to "art" or somesuch.  Of course records aren't for everyone--if they were, I'd find some other way to listen to music to make me feel superior  to you.  Maybe cassette tapes could make a comeback?  But, I digress.
Here's a challenge: Suspend your shuffle button for an entire week.  Force yourself to listen to an entire album or discography of a band at a time.  Just the tip?  Just to see how it feels?  Seriously, what happens to your music experience when you consume it in this way?  I don't know the answer for everyone, but I'll bet it's a little different than what you're used to.  And I don't know if different equals better but isn't different better?  Yeah, I wrote that.  Think about it.
Of course for now, ignore everything I just said and listen to my playlist--another example of the art of my engaged music consumption that results in a sweet concoction of audio bliss and a constant source of strong good music direction for all of us.  I mean hell, Hall & Oates are on this week's playlist.  Hall.  And Oates.  Thanks, Lucas.
Quick playlist highlights:
1.  Track 2: Not only is this a new Morning Benders track (about time for a new album, guys), but it's an excellent cover of The Strokes' classic.
2.  Tracks 5, 10, and 12: If you're in need (and we all are at times) of some beautiful heartbreak music, you can't go wrong with these songs.  Trust me.  I know good heartbreak music.
3.  Track 8: New Wilco!  New Wilco!  From their forthcoming album (September), The Whole Love.
4.  Track 3: Pump Up the Volume.  You either get it or you don't.