Playlist of the Week: Beachwaver 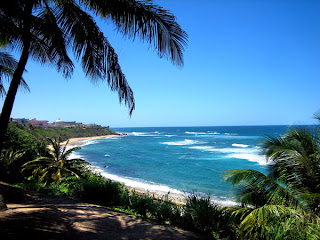 For those of you familiar with me and familiar with this blog, you probably know that I travel a whole real super lot.  And while I know I'm sometimes guilty of "travel bitching", overall I know I'm pretty blessed to have the sweet gig that I do.  Having said that, I've flown enough regional jets, driven to enough places in the middle of nowhere, and dealt with enough random airplane "smells" to feel I've earned this.
Last year, I traveled to Europe in what turned out to be an unreal experience on so many levels--even the French didn't make me feel that bad about being American!  And while I'd never trade that experience for anything, the purpose of this trip is to do as little as possible.  Keep things simple.  Get drunk and fall asleep.  You know, the tenants of the American dream fully realized.  Just on a beach.
We all need the beach at some point.  Or "the beach" as an idea or a mental refuge.  I am a generally happy and contented twenty-first century man.  And while I've learned that no vacation, short or long, can truly provide spiritual rest, it can at the very least give your brain some time to clear out a bit.  I am tethered to this machine and this phone and this e-mail and the web and the social network that just keeps broadening and I need a reboot, a mental cleansing, or cognitive enema, if you will.  Just with a few rum and tequila drinks thrown in for good measure.  Honestly, the part of the trip I'm looking forward to most is planting myself on the beach and just staring out in to creation.  Yes, I'll "check in" and status update and Twitpic at some point, but I will fiercely snatch some moments of human solitude where it's just me, the ocean, and God.
In this day and age, there is so little left that is just "ours" and is unshared with others.  Whether its in a tropical paradise or on your porch in the morning before the world begins to stir, I have no doubt that the procuring of solitary moments is vital to maintaining sanity.  So I wish you well and leave you with the playlist that will constitute my first musical moments on the beaches of San Juan.  Where the high will be 86 degrees.  Feel free to use the comments section to send your hate mail.  Love you.
Quick playlist highlights:
1.  Track 1: Brand new Real Estate song that was literally released as a free download (hint, hint) YESTERDAY from their forthcoming album Days.
2.  Track 3: Davila 666 is my favorite rock band from Puerto Rico and therefore had to be on this playlist.  Though let's be honest, there isn't a ton of competition for that distinction.  Puerto Rico's music offerings typically make me ashamed to be half Puerto Rican and thus, this band represents a tiny beacon of fun rock hope.
3.  Track 8: This pop magic from The Dandy Warhols is accompanied by one of the most awesomely ridiculous, absurd, and entertaining music videos of the 90's.  I challenge you to find a cooler music video with dancing syringes in it.
4.  Track 10: Remember when Beck used to be fun?  I do.  I wish he would come back. 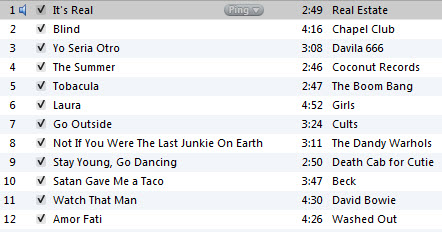 Playlist of the Week: Heatwaver 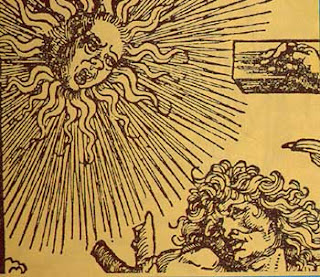 If there was a sun god, I imagine the last month would have proven he was a bit of a prick.
The problem isn't July's heat.  Hundred degree days are par for the course when you live in the south--and yes, Oklahoma is southern even if it isn't "The South" as some of my Confederate-rooted friends like to remind me.  I spent some time earlier this week in Chicago and I can assure you that the upper 70's highs make it clear what the difference between north and south is.
Anyway, the problem here at home isn't July's heat.  It's been the abnormally high June heat here that has created an infernoesque cumulative effect on the mind and body.  How could my birthday month be such a bastard?  Nevertheless, when you're given sun-scarred lemons, you've gotta make some scalding hot lemonade, right?  As of late, that's involved traveling.  Which I already do a lot for work, yes.  But in the last week, I was given the opportunity to schedule creatively and America did not disappoint.  I did this in Austin.  This in Memphis.  And capped it off with this in Chicago.  Mere days from July 4th and I'm reminded why I'm so hot for this country of ours.
So what will I do for an encore?  Why, I'll be visiting America's greatest territory/not-state/un-state.  Yes friends, you guessed it.  And even if you didn't, the answer is Puerto Rico.  Time to explore my paternal roots so very thoroughly via the beach/rum/rum/beachy rum experience of the official island paradise of this blog.  I'm leaving in a couple weeks and have plans that include almost no plans whatsoever.  My brain needs to defrag for a a bit.  I plan to rest, ponder, swim in the ocean, meditate and pray.  All in 85 degree weather with swim trunks as my primary clothing and the coastline as my refuge.
Either way, the heat is both a blessing and a curse due to the cumulative effect on all aspects of our being.  And while it slows us down to a crawl, maybe that's a good thing.  Are any of us really complaining that we're not moving fast enough in day to day life as it is?  The only unfortunate thing to slow down a bit of late is production from this blog.  But there has been so much good strong music released of late helping me to cope with the ice cream genocide outdoors that I haven't often known where to start in terms of birthing playlists.  But alas, I always and usually often sometimes come through when I'm needed most and today is no exception.
Lots of new mixed with a few recent rediscoveries.  If I may highlight a selection or two:
1.  Pete and the Pirates: The best British rock band going these days that no one ever talks about.
2.  Ty Segall: People disappointed that none of John Lennon's vocal talent really rubbed off on his kids will enjoy this rocker.  The diversity of his rock arsenal and pop sensibilities grows with each release.
3.  The Postelles: Stumbled across this band in the past week and the tunes are infectious with pop pleasure.  A sunnier version of The Strokes/non post-punk American version of The Futureheads and certainly proving to be a summer staple for me.
Anyway, this week's playlist has been posted on 8tracks for 3 hours and already has 15 plays and 3 "Likes" which essentially translates in to Michael Jackson's Thriller in terms of popularity.  So go ahead and embrace the awesome tunes, fire up the grills, and enjoy America no matter where you may be or even if you're not American.  There's always a reason to party.  Just don't melt.