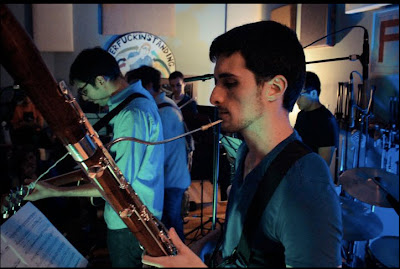 I have a brother named John who is an orchestral musician.  I like this new avant-pop/folk orchestral group called Brother John.  But my brother John is not in Brother John.  Discuss amongst yourselves.
Sometimes you just don't have enough to say--or you just don't have time to say it.  All I know is that all I have and have time for this week is music you don't likely have but definitely should have if you probably want to stay friends with me.  In all likelihood.  Enjoy yoselves, fools.
Three albums I'm listening to this week for a variety of reasons and, therefore, you should be listening to: 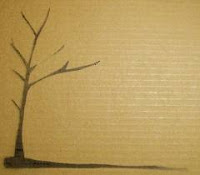 the tiniest bones, the infinite everything EP by Brother John:  Odd.  Beautiful.  Oddly beautiful.  In a growing trend of orchestral-infused folk and pop, Bloomington, Indiana’s Brother John somehow seems different to me.  Lush instrumentation here (which you expect) is combined with vocals whose intent is less to convey a message and more to create a mood.  Soundscapes (you’ll notice the crickets) layered with sometimes creepy, sometimes beautiful harmonies create something truly distinctive.  This EP seems to just be scratching the surface of something utterly captivating and unquestionably distinctive.  (Stream the entire album here.)
For fans of: Department of Eagles, Seryn, These New Puritans 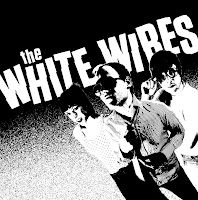 WWII by The White Wires: Other than the occasional flurry of apocalyptic tornadoes, the weather in this part of the world is getting downright gorgeous and the time is right for fun, sunshine-laden rock music.  Enter The White Wires--a Canadian band who has no business being this good at joyous surfer rock (I mean, it's Canada up there!).  Song titles like "Let's Go to the Beach", "Summer Girl" and "Be True to Your School ('Til You Get Kicked Out) tell you almost all you need to know.  Just take my word for it--it's nearly impossible to listen to this album without smiling, bobbing your head, singing along or a combination of the three.  Get this.  Have fun. 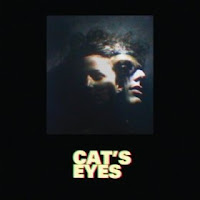 Cat's Eyes by Cat's Eyes:  Moody and atmospheric but nonetheless an endlessly romantic album.  The "band" is really just two people--Horrors frontman Faris Badwan (sounds like a Jedi) and classically-trained vocalist/organist/composer/multi-instrumentalist Rachel Zeffira.  His dark bass combined with her haunting soprano and composition create an album that in some ways is all over the place--but in other ways strikes all the right chords and leaves you genuinely affected.

For those who may have missed my previous references to them, watch this achingly beautiful video of their "impromptu" performance of "I Knew It Was Over" at The Vatican: