Playlist of the Week: Workout Playlist 411 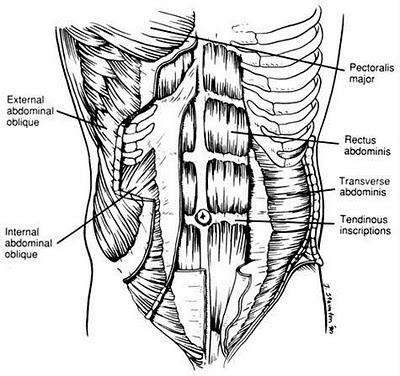 It's all about core.  Hard core.


Along with a variety of other personal changes, the last year or so has left me more convicted about doing what I say I'm going to do.  Believe you me (that's just poor, but oddly accepted grammar), you never know when not following up on personal commitments or promises to yourself or others might prove tragic.  On the less dramatic end of things, I have decided that this week I simply must start working out again--a promise which means little to you, my beloved and highly attractive readers--but means something very significant to me.
I view the pursuit of a "situation" much like the police view their pursuit of a crime-free world: Sure, in all likelihood it's impossible to attain, but the pursuit is a just and noble one.  To one degree or another, my sweet body with my beautiful hands and legs and various assorted other striking features I can't recall at this moment but am sure are there was riddled with weakness and brokenness after a couple of recent surgeries.  But when your supposedly temporary lethargy turns in to your ritual de lo habitual, you're something worse than just lazy.  You're a lazy excuse-maker.  And I did not watch my buddies die face down in the muck in Vietnam to tolerate lazy excuse-makers--especially when that lazy excuse-maker is me.
So in the spirit of telling my mother I quit smoking the day after I quit smoking, I write these words to bind me to the promises I make to myself about myself.  Told you this blog was sacred.  Ah, there's nothing quite as rewarding as making a new year's resolution in April to inspire the masses.  But if I'm gonna break this current spell, my first new workout playlist in some time may have to rock just a little harder than usual--nay it may indeed have to rawk.  Now as I've always said, there is no reason to compromise your music values just to create a workout mix.  And if you go back and read the blog I just linked in that last sentence, please ignore the part where I promise to post a workout playlist each week while still believing me when I say the words in THIS post are a binding promise that I'll assuredly keep.  I was a completely different person in 2009 and at least 30 pounds heavier and a liar in all likelihood.  But I am a liar no more.  And that is not a lie and is mostly true.  Twelve song playlist.  Four decades spanned.  Six-pack dream.  One promise to fulfill.  See you on the recumbent bike path to glory, kids. 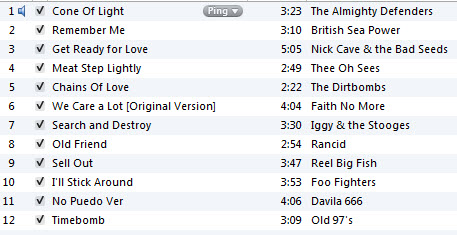