Playlist of the Week: Reconsiderationing 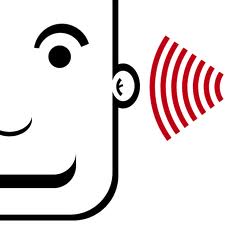 They tell you it's important not to just hear, but to listen.  So I became a better listener.  Then, when I listened better, I wondered if I was actually hearing correctly.﻿..
Such has been a cycle in my life.  And a worrisome one at that.  I mean, your predicament goes from being one of mental laziness to an outright potential physical disability and then finally to a case of you just actually being an idiot.  It plagues our relationships, it plagues our professional work, and it can certainly plague our music listening experience--especially if you get to that third stage and realize that what you thought you were enjoying in the lyrics or what you thought it was envoking was all wrong to begin with.

Maybe "wrong" isn't really the word.  Something about music goes beyond the words to make you feel what you feel.  I mean, I never really knew the correct words to Def Leppard's "Pour Some Sugar On Me" when I was a kid, but I still feel approximately the same thing after having learned the actual lyrics that I felt then.  Which is pretty much a combination of Voltron and a bald eagle soaring through the sky.

But there's still just that part of you that feels like a bit of a fraud when you find out that either A) as was aforementioned, you had been completely wrong about the words to a song you love or B) the song's ACTUAL meaning was quite different than the ASSIGNED meaning you had given it when you were saying to yourself, "Yeah man!  This is an exact reflection of MY situation and MY heartbreak and MY longing and MY desire and--you know--pretty much the song I'd write and sing to everyone right now--especially her--if I had, you know, any musical and/or songwriting ability!"  And that's why for some of us, it goes beyond an appreciation of music or even a conventional love of it.  These people are my personal conveyors of truth in a world where I am unable to shout it myself from a mountain top!  Yes Baby, Neil Diamond says the sweet clean words of my soul that I just can't quite get out of that stupid gut of mine.  You're welcome.

So when you find out you were wrong, it makes you question whether any of your sentiment was valid or that important in the first place.  The first song on this week's playlist is a beautiful love song by the criminally underrated and currently on indefinite hiatus Phantom Planet called "By the Bed" which falls tragically in to this category for me.  The song contains a dialogue between a man and a woman about their relationship.  The man who finds himself holding on for dear life and unable to let go.  The woman who responds with an unequivocal rebuff to these pleas that "there are things we cannot save, no matter how hard we try".  Now as you can imagine, I've FELT this song.  I've lived it.  I've cringed and screamed the lyrics while driving aimlessly through the overcast city.  We all have songs like that for us, right?

Well today while doing a little research for my blog (since I had already decided this song was going to top my newest playlist), I watched a video where Phantom Planet's lead singer and the writer of this song, Alex Greenwald, told an audience before playing it that this was a song about an interaction with his dying grandmother.  Umm, ex-squeeze me?  Baking powder?  But this song is part of the greatest hits collection of my perpetual and highly important heartbreak!  Who the HELL do you think you are making this about your grandmother????  Your GRANDMOTHER???  I was in denial like Preston from Can't Hardly Wait when he was told that Barry Manilow's "Mandy" was actually about a beloved pet dog and not about a forlorn lover.

After a bit of pacing around my living room and a couple of re-listens, I calmed down a bit.  I mean, the song was still beautiful, but just slightly different.  And I worry that by even telling you this that you all won't be truly able to truly appreciate the greatness of the song.  But ultimately, the song is still about the same big picture things it's always been about.  Love.  Loss.  The frustration when the other party can't or won't give you a say in the matter.  And whether I'm hearing right or listening intently or doing both, I've figured out that the truth is still the truth.  The music will ultimately mean what we really, really want it to mean.  So I will still reflect on heartbreak that has nothing to do with the death of my grandmother each time I listen because I can and because music affords me that opportunity.  I suppose the most vital thing is that while hearing what we want to hear, we also hear what we really NEED to hear, even if it wasn't necessarily what we were meant to hear.  Having said that, I plan to spend the remainder of my weekend examining the psychological and social implications of Digital Underground's "Humpty Dance".  Good day to you.

Playlist of the Week: A Dozen Chicks 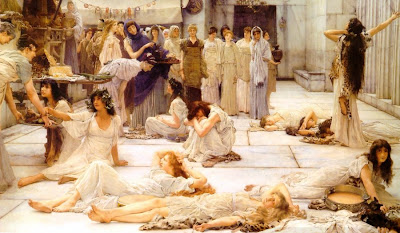 Because it's fine art, these chicks are classy.  Just like I like 'em.
There's a lot on mind these days.  Like the fact that with every episode of "The Office" watched, I grow sadder with each day we move closer to losing Steve Carrell.  There's work and the knowledge that I should really be in bed right about now since I'll need to depart my place at around 415 AM tomorrow.  There's the mild excitement that while my abs can't be described as a "situation", there's definitely a "mild occurrence" developing somewhere in that area.  Possibly.  And of course, there's women.  One woman. The concept of women.  Lots of women.  My life as it relates or doesn't relate to a woman moving forward and who she is or who she was.  I don't know.  I'm a heterosexual, thirty-one year old man with an improving abdominal "situation" (giggle), a slightly upgraded wardrobe, and a sudden relationship status change.  So.  You know.  Woman.  Women.  Whatever.
Having said all of that, I'm at that stage just before "full rebound" and right after "disorienting sadness" where the obvious next step is to make a playlist of all your favorite songs with a girl's name in the title.  It's science.  I've consulted professionals about this, I assure you.  This method is found in many important books by authors whose names I can't pronounce because they're so brilliant.  So come with me on the continued therapeutic journey toward recovery and love and chicks and inner peace.  By listening.  Carefully.  Lovingly.  Softly.  Like the way chicks do. 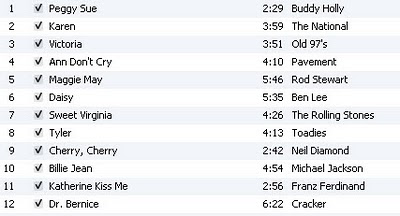 Playlist of the Week: Airport Commuter 2

If anyone ever asks you, "But why?"  Just tell them because Rob said so.  It works every time that it does.  And that's a promise.

Live from Louisville, it's Rob!  Me!  Guy who speaks of himself in the third person but yet still paints a touching and lovable figure in the little sparse universe of your heart.  I'm at the airport right now (SDF, for those of you are down with the "codes").  I'm having one of those months where home is wherever I am and it's usually at a gate closest to a power outlet.  I wish that someone could plug me in for a bit because I must admit to dragging a bit.  But in the new world I suddenly find myself in, I have no choice but to forge on and keep moving.  As I am one who does his best to utilize his iPod not only for entertainment, but also as a means of avoiding conversation with overly "friendly" fellow travelers, I choose to listen and listen hard to all that is good at this moment.  And alas, the glorious return of the Playlist of the Week for your edification and my time-filling.  This week is a bit of sad, a bit of happy, a bit of relevant, a bit of random.  Don't read too much in to them, but don't fail to read a little in to them.  I wouldn't want you to think I'm just throwing this all together.  No, no.  I simply care too much about whatever this blog is all about to do something like that.  I'll be coming to an airport near you this month in all likelihood.  Next stop: DFW on the way home to OKC.  Before driving back to Dallas.  You'll just have to trust me on this one.  I can feel your faith.  Think a good or bad thought.  Say a little prayer.  Drop me a line.  But most importantly, find some of this music if it hasn't found you yet. 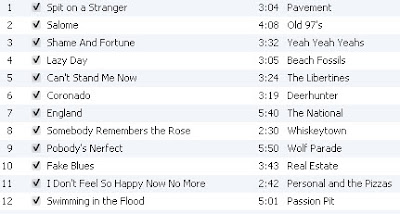