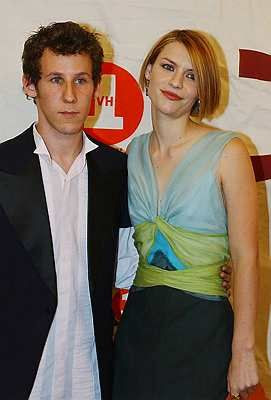 A mix of 90's music plays upstairs while I write these words.  Starting with "Eurotrash Girl" by Cracker.  But I can't wait to hear you, "Sell Out" by Reel Big Fish...


What came first, the music or the misery? People worry about kids playing with guns, or watching violent videos, that some sort of culture of violence will take them over. Nobody worries about kids listening to thousands, literally thousands of songs about heartbreak, rejection, pain, misery and loss. Did I listen to pop music because I was miserable? Or was I miserable because I listened to pop music?


It was about the point that John Cusack uttered these words in High Fidelity that I knew it wasn't just me.  From the time I first heard "Never Tear Us Apart" by INXS or "Love Bites" by Def Leppard, I knew something was wrong and right all at once.  I first heard these songs at the age of eight and thus knew that I was going to be alone and miserable for the rest of my life.  Of course this is a preposterous notion for someone as young as an eight-year old to have.  It's much more suited to someone like at least three or four times that age.  You know? Hahaha. Ha.        You betcha.

But anyway, I got suckered in by the sweet poisonous nectar of pop music a long time ago.  It started in the 80s with the first albums I "owned".  Now this is where most music douche hipsters tell you that their introduction to rock music was Dylan or The Beatles or some shit like that.  The problem with most men my age who love music and love to TALK about music is that they revise their own listening history.  We're fucking liars.  All of us.  Except me.

Like a lot of guys my age, the first popular music I ever remember owning was a cassette copy of Michael Jackson's "Thriller" that I played on my shitty-sounding but durable as a concrete block Fisher-Price tape player.  Then there was a lot after that I don't remember.  I was probably reading books or some nerdy shit for a few years.  But then came 1987.  And the three albums that changed my life.  "Kick" by INXS.  "Hysteria" by Def Leppard.  And last but certainly not least, "La Bamba: The Original Motion Picture Soundtrack" largely sung by the greatness of Los Lobos.  Damn those fucking Mexicans knew how to get me to air guitar.  Music became an obsession to me at this point (in addition to the movie La Bamba which I saw at least twelve times in a two year span).  Those of you who know me think I annoy you now when I talk music?  Imagine a loudmouth eight year-old Rob (shorter yes, but with LOTS more hair and still with that winning smile) whipping the neighbors who agreed to babysit me with more information and misinformation about Ritchie Valens, one-armed drummers, and Australian power pop groups than any rational human being ever wanted to know.  "Yeah, he totally plays drums with just that one arm and uses his legs to help!  No, I don't get why he goes barefoot, either!"

This was followed by a brief dalliance with New Kids On the Block hero worship that I think may have been rooted in the idea that these guys were the key to getting girls--but was in fact probably just a little gay.  Or maybe "gayness" is the scientific term?  And this was followed by a "country phase" (Garth Brooks and Mark Chesnutt were my leaders).  Which somehow was unpredictably followed by a rap and R&B phase.  MC Hammer, Paula Abdul, Jodeci, Boyz II Men, Dr. Dre and Snoop Dogg, Nate Dogg and Warren G had to regulate.  You get the picture.

After that?  Yeah, I don't have some totally unique, brilliant story.  Like a lot of kids, I saw the video for "Smells Like Teen Spirit" by Nirvana and everything sorta changed.  My best friend had (and still has) the cool older brother who had arrived at that party WAY before me.  He had a TON of tapes and even some CDs of bands like XTC, The Mighty Mighty Bosstones, The Cure, Cracker (there are a TON more but for some reason these stick out).  I used new blank tapes to make copies of copies and whenever I did get money I started to buy CDs like a mad man.  But mind you, there wasn't nearly as much "cool" in most of my music collection back then if I'm judging by the unforgiving standards of today.  Oh sure, I had a Pavement CD, but I discovered them on their last album, "Terror Twilight", which all my friends tell me was their worst album.  Well you know what dicks?  I fell in love with Pavement on that album!  But I digress....

I had Weezer and Stone Temple Pilots and No Doubt and Rancid and Reel Big Fish and Fatboy Slim and Jewel and Tori Amos and Toadies and Sublime (I didn't know what the fuck Santeria was.  But neither did you and you still loved it!).  When I was sixteen, I secretly liked many of the songs by both Bush and Third Eye Blind but couldn't bring myself to buy either of them because I had adjudged them to be "lame" or "sellouts" (because of course none of the aforementioned bands were either of these, right?).  But if "How's It Gonna Be?" came on the radio while I was driving around delivering pizza, I took the long way to my delivery and turned that shit up loud in my '89 Civic!

Something in my veins, bloodier than blood.

Of course Blur and Radiohead and Wilco and the like got mixed in with all this stuff, but everything I've just described is the HONEST picture of who I was as a music consumer.  And in some ways, it's an honest and revealing picture of who I am as a person.  I've got good taste, sure.  But I am sometimes guilty of allowing my image-conscious nature to get the best of me.  In other words, I'm taking the piss out of the whole thing.  However, let it be known that over the last year or so, I've been working on just enjoying music without all the pre-conditions and strings attached (even though giving some of my friends shit about their music still sometimes occurs--but that's only because I treat being a jerk as sport.).  This doesn't mean that I won't throttle some of you with my "good old days syndrome".  I reserve that right.  I'm 30.  I'm old.  But my Jerry Maguire-esque mission statement rant up to this point is meant to be a cleansing--a means of cutting through the bullshit so I can start this stupid music blog with a relatively clean slate.  So if you've made it all the way to end of this, congrats.  Welcome.  Now go away.  But seriously, come back.  I love you like a whole bunch.

*Oh and about that picture of Ben Lee and Claire Danes.  If you get a chance, go listen to Ben Lee's "Something to Remember Me By".  When I was 17, that was the freakin' soundtrack to my life.  For realz.  I mean he got to date Claire Danes.  Tiny little Lyle Lovett starter kit Ben Lee got to plow the same girl that handsome Leonardo DiCaprio blew his brains out for in Romeo + Juliet, are you kidding me???  (Or did he take the poison?  Shit, I forget.)  Awesome.  Wrote great songs (for a while) and got that.  I actually bought an autographed copy of his next album from his web site just so I could have something touched by someone who had touched Claire Danes in that special way.  That is all.
Posted by Rob at 6:13 PM